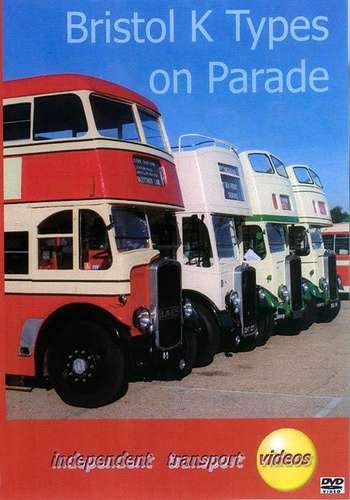 The Bristol K type was first introduced in the late 1930s. It proved to be a true workhorse, operating through the Second World War into the 1950s and 60s. Some even survived into the 1970s in its home city of Bristol, with many others in surviving in open top form. Thankfully some of these buses are now in the hands of preservationists, and it is those that we can still enjoy today.

This programme celebrates the marque in four areas of the UK. We start at the birth place of the K type, Bristol, with brief visits to the 2009 Harbourside and Brislington bus rallies, where at the latter we see a fine parade of exposed radiator Bristol K and L types. Then it is over the water to the Isle of Wight for a very special event. On the 18th October 2009, four Bristol K5Gs assembled together to celebrate their 70th birthdays. The vehicles are CDL 899, still operating with its original owner, Southern Vectis, preserved Southern Vectis DDL 50, Bristol Omnibus GHT 127 (in Brighton Hove & District livery) and Westcliff on Sea AJN 825. A special parade was organised from Newport Quay, home to the Isle of Wight Bus Museum to Cowes, Gurnard and back to Newport. CDL 899 also carried a number of retired platform staff on this unique event. Our cameras were invited to travel on DDL 50 and AJN 825, so there is plenty of action from both vehicles, inside and out recording the entire event!

Next, the cameras move to the east coast of England to Clacton on Sea for the annual rally on 6th June 2010. We meet AJN 825 again alongside open top Eastern National WNO 479 and former Eastern National shed mate WNO 480 on which we go for a ride. There is also footage of VNO 859, a closed top KSW of 1953. Our final location is Brighton. Two K types are featured here. HAP 985 is a 1953 highbridge KSW and is seen at the 75th celebrations of Brighton & Hove on Brighton's Madeira Drive, getting into position for a display of Brighton's buses through the years. The other K is GHT 127, back in Brighton operating a 17 service to Rottingdean. Our cameras travel on this fine vehicle bringing back memories from a bygone age. Finally we finish off the programme with some rare cine footage from Graham Thorogood of former Crosville OFM 634, a 1953 lowbridge KSW6B.