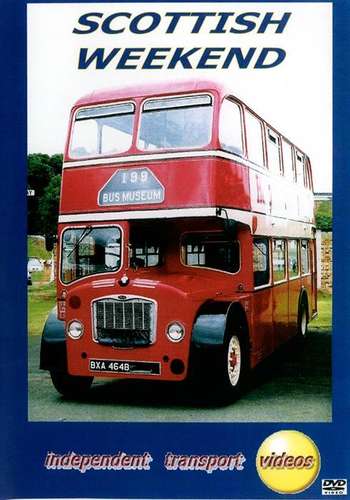 Lathalmond is the home to the Scottish Vintage Bus Museum. Each year in August they have an 'Open Weekend'. The Independent Transport Videos cameras have been there for the last three years capturing the 'moving' exhibits.

The programme starts at the 2001 event, where we travel on a former China Motor Bus Leyland Fleetline SF32, put former Chester City Transport Guy Arab No.42 through its paces, as well as seeing many other preserved Scottish and English buses in operation.

Our 2002 coverage starts in Edinburgh's Princes Street where we spend a sunny afternoon filming the 'current' vehicles of Lothian and FirstBus going about their daily work. Other locations are used so you really get a feel for the city and the events of the 'Festival' which is going on in the background! By comparison we then head to Lathalmond for our second visit on this programme.

We then return to Scotland for 2003, this time making a brief visit to Glasgow to see the latest East Lancs 'Nordic' tri-axle Volvos in service and over to Edinburgh's Haymarket area for the current update.

Our Lathalmond coverage in 2003 looks at the one of the 'Nordics' in detail, a ride on a former Fife Bristol Lodekka FS, and a further ride on the ex. C.M.B. Fleetline on the road run to Kirkcaldy. Also coverage of many other vehicles at this museum of bus excellence.

A DVD of contrasts - ancient meets ultra-modern - the relaxed atmosphere of Lathalmond and the hustle and bustle of the busy streets of Edinburgh and Glasgow go to make this programme a must for your collection! 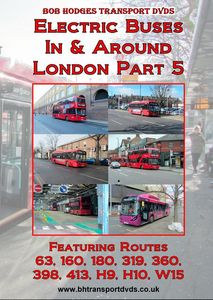