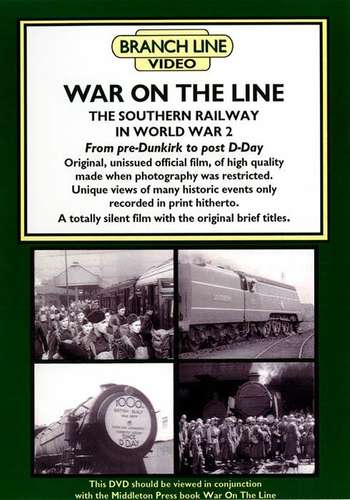 Unique views of many historic events only recorded in print hitherto.

A totally silent film with the original brief titles.

Evacuation - Children destined to the country

Embarkation - Men and materials at Southampton

All Clear - Speed limit on the relaid track

Refugees and Prisoners - The 5th column at Waterloo

Co-operation with Army - Firearm training for staff. Gallantry of railwaymen.

Waterloo and City - New stock and the Armstrong Lift in action. Removal of 1898 coaches.

Women at War - A multitude of tasks undertaken

D-Day - Preparations and after