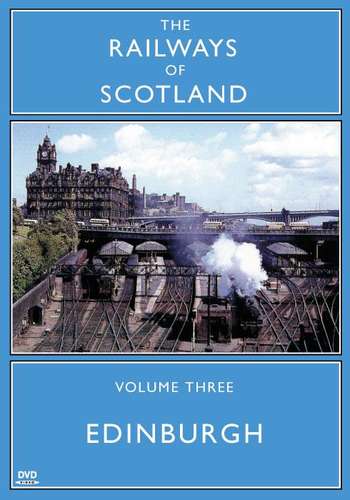 Edinburgh - or 'Auld Reekie' - boasted an intricate network of suburban and freight lines until the sweeping closures of the nineteen sixties.

In this programme, many of those long closed lines and stations are featured, from the impressive Princes Street Station to outlying stations such as Slateford and Portobello.

Recorded at a wide variety of locations, many classes of steam locomotive are shown at work.

To the north West of Edinburgh lies the famous Forth Railway Bridge, opened in 1890. Included is footage of a ferry crossing from the South end of the bridge of North Queensferry.

No look at Scotland's capital city would be complete without views of Waverley Station and scenes here feature LNER and NBR loco types.