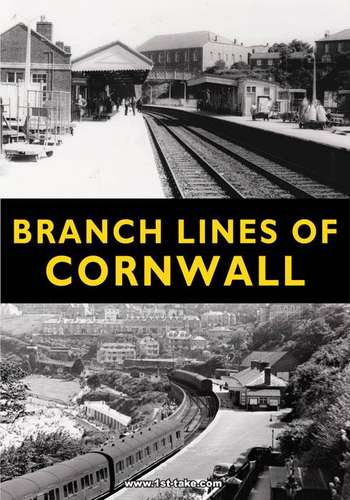 1st Take’s series on the branch lines of England now continues its voyage of discovery on the very edges of the country, a stunning peninsula, in which no location is more than 20 miles from the sea: Cornwall. With the help of Les Whaley, Chairman of the Launceston Railway Circle, this film explores the old routes of the Great Western Railway and London and South Western Railway, beginning at Gunnislake in the Tamar Valley, and then travelling around the entire county.

The development of railways in Cornwall is closely associated with the county’s mining traditions, and this is revealed with a visit to the striking landscape in the area of Minions, the highest village in Cornwall, where the Liskeard & Caradon Railway once ran. There are also tributes to other lines which have long since closed, such as the North Cornwall Railway, inspired by the desire to attract tourists to the area, and which crossed the county from Launceston to Padstow; and the Lostwithiel & Fowey Railway, whose main traffic was china clay.

Happily, some of the old branch lines are still in service today such as the attractive Tamar Valley Line, which ventures over the border from Devon; the Atlantic Coast Line from Par to Newquay; the enchanting Looe Valley Line, which links the market town of Liskeard with the beautiful fishing port of Looe; the Maritime Line from Truro to Falmouth; and the St Ives Bay Line, which is among the most scenic in Britain. All of these are featured with superb modern film, comparisons with historic photographs and informed commentary.

The film also includes interviews with people who have created successful heritage lines in Cornwall, with enjoyable visits to Launceston Steam Railway, the Bodmin & Wenford Railway and Helston Railway as well as a delightful miniature gauge system at Hidden Valley.