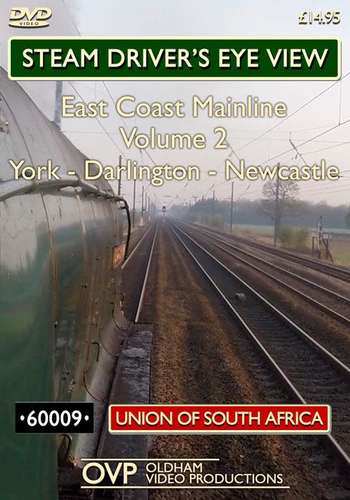 Join us for this unique journey along the northern section of the East Coast Mainline with one of the world’s fastest class of steam locomotives, the LNER A4 Pacific.

Starting at sunrise from York, we depart in glorious weather conditions, passing the world famous National Railway Museum. As we continue along the racing stretch, we are on the four-track Mainline as a far as Northallerton, where the line converges back to two-track. After briefly passing through the station platforms at Darlington, the spiritual birthplace of Britain’s Railways, we speed away before making a short passenger stop at Durham. After leaving the famous University town, we drop down and cross over the River Tyne into Newcastle.

With live sound recorded from the locomotive, we bring the action right to you.  This program also features commentary, titles & locations.