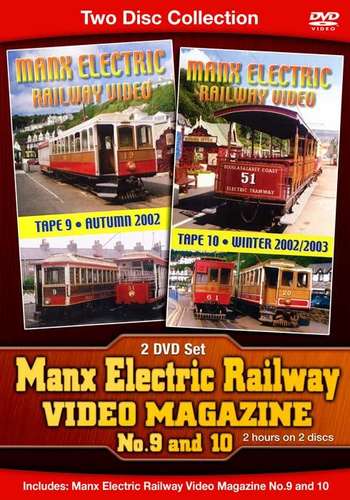 20-years later and on DVD for the first time, this two disc set contains 9 and 10 in the series. The footage comes from the original Mini DV master tape and is unedited - exactly how it was released first time round.

No.9 includes: Full coverage of the 2002 events including Car 31 to Ramsey, trailer 57 back in service and more from the Great Laxey clearout, with trams moving off the railway.

No.10 includes: Footage from the autumn of 2002 with a breakdown and derailment involving cars 26 and 16 and for the first time ever on video - the entire MER fleet. Plus more moves from Laxey.