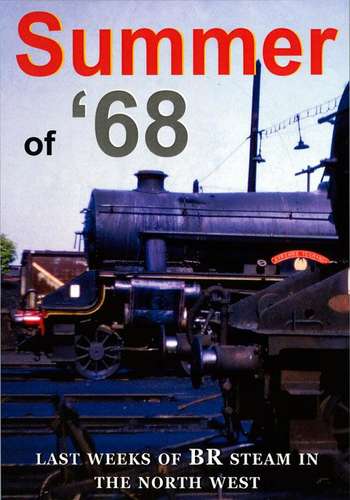 The departure of steam from the British Railways network in August 1968 was a landmark not only in railway history, but British history. For nearly 150 years steam reigned supreme and although gone, it has never been forgotten.

In this unique account of the last poignant weeks of steam, this programme has brought together exclusive interviews with the crews of the last steam workings and passengers of the very last train. Full of archive material and hitherto unseen footage made by enthusiasts.

We hear from footplatemen based at Lostock Hall motive power depot near Preston and their accounts of operating the last steam-hauled services.

The final full day of steam was on Sunday 4th August when a host of special trains were run in the north west commemorating the end. It is also the first opportunity to share in the delights of the original sound recording of the last journey, The 15 Guinea Special, as recorded by Robert Ormiston-Chant on the 11th August 1968. Artist David Shepherd OBE, recalls the emotional last weeks of steam and describes how he purchased his own two locomotives from British Rail.

Some original sound recordings of 11th August 1968 are included.