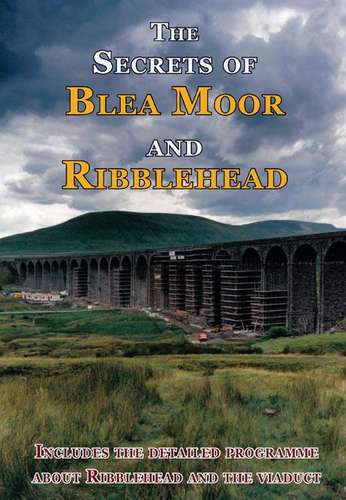 There is more fascination about the great viaduct at Ribblehead than any other structure on the Settle-Carlisle line. Thousands of visitors flock to view the 24-arch viaduct every year and the newly restored station and visitors’ centre nearby.

This programme explores the incredible achievement of the engineers and navvies of the 1870s who designed and built the viaduct and tunnel at Blea Moor, the longest on the 72-mile line.

We hear from railwaymen who worked in the signal box at the remote Blea Moor location and from families who lived and worked from the railway cottages there, with stories of life at Blea Moor and a major accident which occurred yards away from the house. We also hear from the resident engineer who masterminded the repair of the viaduct in the early 1990s which saved the line from complete closure.

Detail is shown how the piers and arches of the structure were renovated after years of neglect. With an archaeologist from the Yorkshire Dales National Park, we investigate the remains of sites at Batty Moss where the navvy camps were set up.

The second part of this full-length DVD looks at the station and viaduct at Ribblehead in more detail with restoration of both structures examined.

There is full coverage in this section of the walk over the viaduct arranged for members of he public following Network Rail's completion of works in 2007.