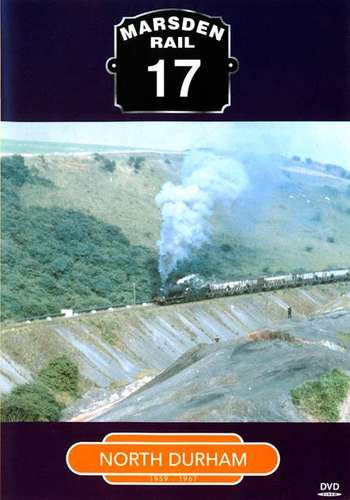 This DVD looks at the area south of the River Tyne, the programme starting with a trip on the East Coast Main Line in the cab of a Class V2, hauling freight from York to Newcastle's Tyne Yard.

At Gateshead, freight trains to and from Dunston cross the King Edward Bridge en route to Tyne Dock and Sunderland, followed by scenes at Felling Station, Bolden Station and Colliery, Pontop Crossing and Tyne Dock shed with views of numerous freight workings.

The famous iron ore workings to Consett are shown in detail plus unique film taken in 1957 of a Class T1 4-8-0 tank loco rescuing a stalled freight!