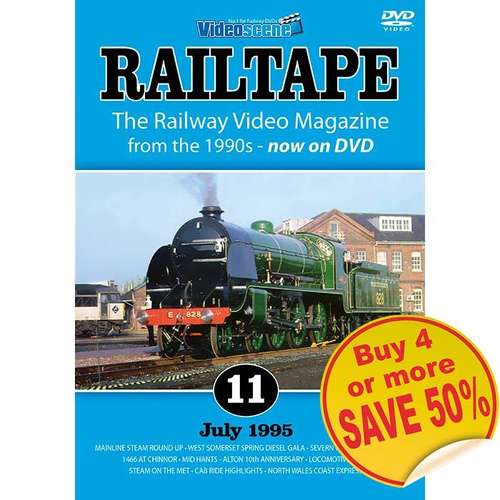 MAINLINE STEAM ROUND UP: 'Clan Line' begins the mainline steam section, with the popular Bulleid Pacific working the Didcot to Yeovil leg of a 'special' from Preston to Weymouth. While 'Clan Line' has been operating in the west of England, the Pacific 'Duke of Gloucester' has been travelling over new metals with a run to King's Cross under the overhead wires of the ECML. Joining the line up, the Eastleigh Railway Preservation Society's Class S 15 and a special over the Central Divisions line from Salisbury to Littlehampton.

WEST SOMERSET SPRING DIESEL GALA: Over the VE Day commemorative weekend, diesel power was on parade on the WSR. The daily programme featured ten trains in each direction, with an all diesel service on the Saturday and diesel also supplementing steam on the 7th and 8th due to the line's current shortage of steam power.

SEVERN VALLEY IVATT NAMING: Kidderminster station played host to the naming of the SVR's Ivatt Mogul no. 46521. The ceremony was part of a teaming arrangement between the Severn Valley and the National Trust, whose members may now travel at a discount on the railway.

1466 AT CHINNOR: The first weekend of May saw the return of steam hauled passenger services to Chinnor, after an absence of 38 years. The 0-4-2T, on hire from the Didcot Railway Centre, will be hauling a series of trains over the 3 mile former Wetlington Branch.

MID HANTS - ALTON 10th ANNIVERSARY: A decade has passed since the Watercress Line returned to Alton, and to mark celebrations a visiting star of the anniversary was Castle class 'Defiant' from the Birmingham Railway Museum at Tysley. Also in action, an engineer's train and an S 15 on freight duties.

LOCOMOTIVE PROFILE: This profile features the last Castle class locomotive to remain in BR service; the Birmingham Railway Museum's Flagship 'Clun Castle'. Out-shopped in May 1950, 'Clun' was one of the final batch of ten built by BR.

STEAM ON THE MET: We turn to North London and the, now established, annual treat of steam specials on the Metropolitan Lines. In addition to the Standard Class 4, 75014 from the NYMR, workings were shared between Pannier 9466 and the much travelled 80079.

CAB RIDE HIGHLIGHTS: Portsmouth to Eastleigh aboard DEMU unit 205029. Undertaken in spring 1990, the cab ride records the last few weeks operation of the venerable Hampshire DEMUs, on what are now the 'Solent' electrified lines of the South East.

NORTH WALES COAST EXPRESSES: With the exception of the S&C, the North Wales Coast is perhaps the most famous of modern day steam routes. To conclude this edition, we review the past five years of steam workings over the Crewe to Holyhead route. 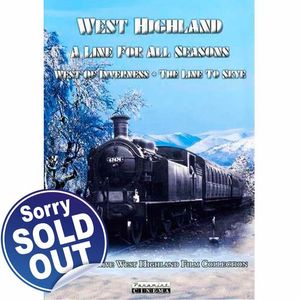