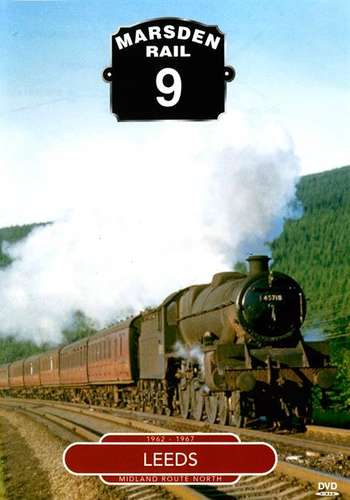 The video starts with views of Leeds City and Wellington Station, together with nearby Neville Hill MPD before heading north to Shipley, Keighley and Skipton, using the former Midland Railway main line and en route, Bradford's Manningham shed and Forster Square station are seen.

The Grassington branch, plus Bolton Abbey and Ilkley stations are featured, complemented by a trip from Ilkley to Bradford in 1965.

Together with film of Skipton's extensive yards and depot, this DVD is a vivid reminder of the immense traffic that used the Midland Railway's route to Carlisle.