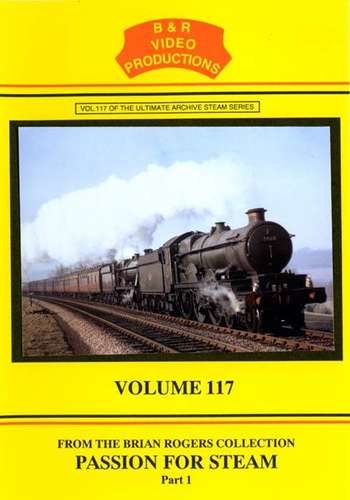 An interesting record of Dr. Rogers' search for the more unusual views and of his early passion for the smaller gauges of steam railways, that of narrow gauge and miniature systems, before he recorded the ending of standard gauge railways on the national network.

This journey took him as far away as India for their narrow gauge, rack railways and steam up to Broad gauge.

He also visited Ireland for the County Donegal and the Tralee and Dingle.

From garden railways through to all gauges up to 15" on passenger carrying miniature systems, some of considerable length, others around parks and now lost on the sands of time like Christchurch and Audley End.

Narrow gauges in Wales include the Welshpool and Llanfair when it ran through the streets, the beginnings of the Ffestiniog and Tal-y-Llyn and the Vale of Rheidol in its early days.

There is industrial narrow gauge at Bowaters in Kent. Ireland's Tralee and Dingle, County Donegal and Fintona horse tram, Katwijk in Holland.

Tournon in France and India with the Darjeeling and Nilgiri rack railway are among others seen in the sub continent.

The film begins and ends with British standard gauge scenes that caught the attraction of Dr. Rogers as it reached its demise in the 1960's.

Some fascinating and rare views in this film. Filmed in colour and black and white from 1949 to 1967.

A detailed commentary and authentic sound track completes a nostalgic record of steam with something different to offer.

The second volume will deal with his coverage of British main line steam.