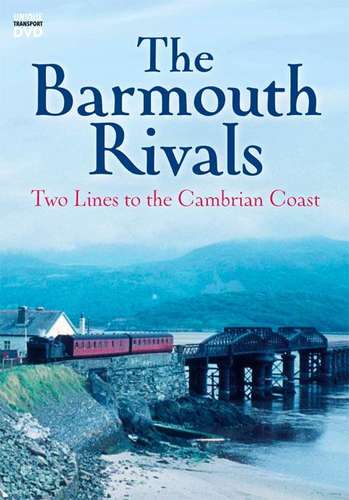 In Victorian days there was a massive expansion in the numbers of people seeking holidays by the seaside - a result of the huge changes in society brought about by the railway revolution.

The west coast of Wales, known as The Cambrian Coast, was one such part of the country that would benefit from this burgeoning interest and the seaside town of Barmouth, with its great expanses of safe beaches and the beauty of its location on the estuary of the Afon Mawddach, became the focus of two rival railway companies, the Great Western Railway and the Cambrian Railways.

Previously known for its shipping trade, everything changed in 1867 when the Cambrian Railways opened a station in Barmouth following the construction of the Barmouth Bridge - whose famous oak timbers were ironically imported at the town's little port. From the opening of the railway, tourists became the prime business of the town as its sea-faring tradition slowly faded. A year later the Cambrian opened a branch along the south side of Afon Mawddach to Dollgellau where it made an end-on junction with a Great Western line from Ruabon. Thereafter, until the Cambrian Railways were absorbed by the GWR in the 1923 'Grouping', the two lines became friendly rivals for the growing traffic to Barmouth.

In this programme we see both routes to Barmouth in their final days under British Railways and the closure of the Ruabon line and dieselisation on the Cambrian line. We don't just see the trains: many of the Ruabon line stations were filmed shortly after closure in great detail whilst the advent of diesel railcars allowed the remaining Cambrian Line to be filmed from the cab during a period of transition. Many stations and locations still famous today in their preserved or active forms are shown, including Llangollen, Bala Lake, Welshpool, Machynlleth, Towyn and Fairbourn and locomotive classes such as Dean Goods, Collett 2251 'Baby Castles', 'Dukedogs', 'Manors', Moguls, BR and LMS tanks are seen working the rival lines.