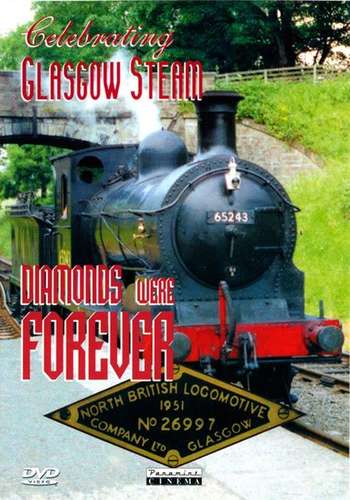 Channel 4's history of the North British Locomotive Company of Springburn Glasgow. Includes steam action of many surviving locomotives around the world and in Britain, including scenes of the legendary 1911-built wood burning engines of Paraguay, a steam rally in Melbourne, Australia, and steam-condensing giants on the South African veldt.

The diamond worksplates, first used by Dübs & Co, who together with Neilson Reid and Sharp Stewart, combined to form the North British Locomotive Co in 1903, did indeed seem destined to last forever.

The total output of these companies reached 28,057 locomotives, mostly steam, built from the 1830s until the NBL ceased to be in 1962.

Over 18,000 locomotives were exported to every corner of the globe. Many are still in service today, in South America, Australia, South Africa and elsewhere, and on heritage railways in Britain.

The replacement of steam by diesel and electric engines, which NBL never successfully embraced, government trade embargoes and years of fierce competition finally ended the NBL's long history in 1962.

"Railway sentimentalists may find themselves clutching for the Kleenex right from the opening sequences - a helicopter shot of an engine (LNER B1) blasting along the West Highland line - but even the staunchest of steam agnostics ought to be engrossed by the way that the parochial history of the Springburn locomotive sheds is woven into a much wider account of Empire capitalism in full spate." - Stephen Pope, The Independent.