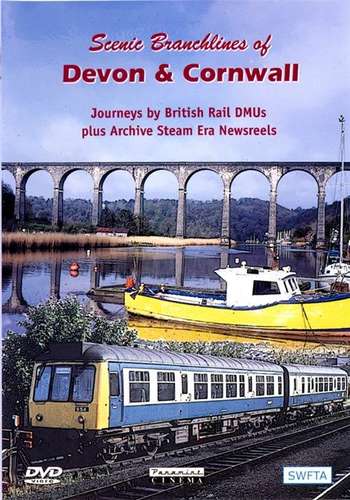 Two series of Devon and Cornwall branchline journeys were made by Westward Television, later Television South West, journalist John Doyle in 1975 and 1990, in support of these beautiful scenic lines which were under threat of closure. All were filmed in colour.

The branchlines shown are:

1990 Series: The films were made in the era of British Rail first generation diesel multiple units (DMUs), and are presented here with bonus archive items from the last years of steam.

Happily, all the lines are still open and this DVD provides a guide both to general travellers and rail enthusiasts, with important archive film and interviews for historians.