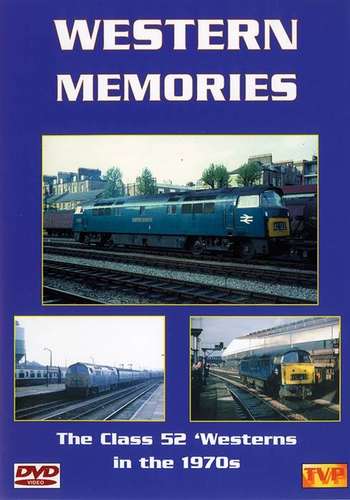 Memories from the hydraulic traction scene of the 1970s plus a look at the loco hauled era of the early 1980s.

The Class 52 Westerns with a round up of the active members of the class in the final year of service.

Paddington and Old Oak Common with Westerns, Hymeks and Class 50s in the early 1970s.

Through Devon with film of Westerns at Exeter St Davids, Exminster, Dawlish, Teignmouth and the Paignton Branch.

Newton Abbott featuring a detailed look at the station, the motive power depot and the line to Aller Junction.

Over the Devon Banks with film of Westerns on freight and passenger at Dainton, Totnes and Plymouth.

The end of the Westerns including a run from Kings Cross.

The Western Main Line in the early 1980s featuring Peaks, Class 47s, 31s and 50s on the line from Taunton to Newton Abbott.