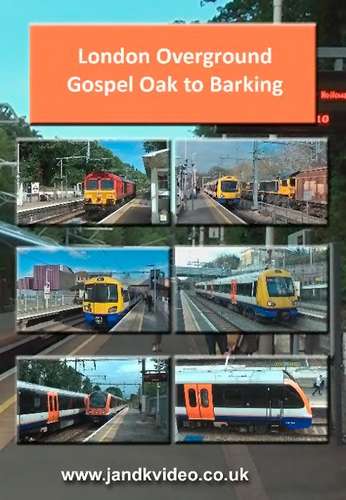 The Gospel Oak to Barking line became part of the London Overground in 2007 when it took over from Silverlink Metro. The western end of the line is at Gospel Oak, where it provides interchange with the North London line. The line is 13 miles long with 12 stations and is sometimes known as the Goblin Line. In 2010, London Overground introduced 8 new Class 172 DMUs to replace the Class 150 DMUs previously operated by Silverlink Metro.

It was electrified in 2016/17, but electric services did not commence at that time, due to technical problems with the new Class 710s built for the line. Electric services finally commenced in March 2019, using three-class 378s, reduced from 5 to 4-cars, working alongside the DMUs. When the last of the DMUs came off lease, the service was reduced to half-hourly, until the first of the Class 710s was cleared for operation. The first train entered service alongside the class 378s on 23rd May 2019. Full service with the new trains was achieved in August.

The line is heavily used by freight, much of which features in this production. This video also documents the last days of the DMUs, the short-lived time with the class 378s, and finally, the line operated with the class 710s.