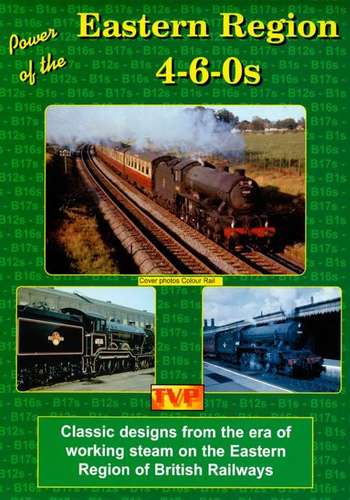 Holdsworths design is featured in the 1950s together with the preserved example 61572 at work on a railtour in the early 1960s.

Archive film shows the class at work in the North East in the 1960s.

Known as the 'Sandringhams', the class is featured in East Anglia and at Liverpool Street in the late 1950s.

The general purpose design of the Eastern Region, seeing service on a wide variety of duties. The B1s are shown in action at a wide variety of locations in the 1950s and 1960s on both passenger and freight. In addition the two preserved examples, 1306 'Mayflower' and 61264 are featured.

Archive film is combined with memories of those involved in the day to day running of the locomotives to provide a comprehensive portrait of the Eastern Region 4-6-0s.