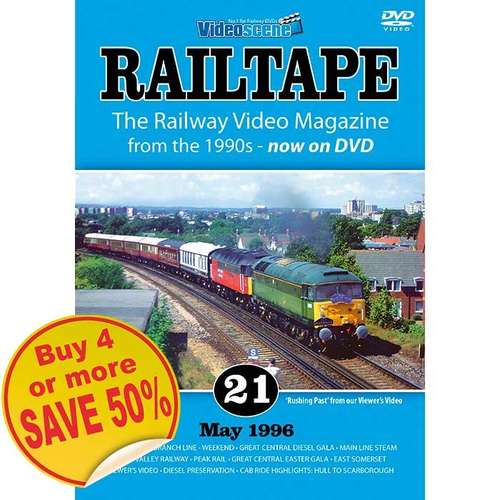 SOUTH DEVON BRANCH LINE - WEEKEND: We open this edition with footage from our visit to the 'Primrose Line' on the 23rd of March. Birmingham Railway Museum's Pannier No. 7760 is seen approaching Staverton station with a service to Buckfastleigh. To add to the success of the weekend, there were a number of freight services. One of the stars of the show was the only surviving Collett Dock Pannier No. 1369. Built in 1934, 1369 has only recently returned to steam after an absence of 24 years.

GREAT CENTRAL DIESEL GALA: Over four and a half thousand enthusiasts flocked to see an impressive three day diesel gala at the end of March, organised by the Great Central Railway. The line-up of motive power included a long term visitor, the Crewe based Class 25 D7659, two East Lancs Locos, Hymek D7076 and Warship D832. Also making her last appearance on the Great Central before moving to the East Lancs was Pete Waterman's Class 25.

MAIN LINE STEAM: ‘Princess Margaret Rose’ dominated the Settle and Carlisle line on the 30th of March when she stood in for 60009. This southbound Cumbrian Mountain Express was organised by Past Time Railtours.

AVON VALLEY RAILWAY: As an added attraction the Avon Valley hired in additional motive power from the Birmingham Railway Museum - Pannier No.77152. The Pannier is seen leaving Bitton with a northbound Easter event service. Several new projects are now on stream including the restoration of the London Midland Society's 4F number 44123 and ex-L.M.S. locomotive SF. The railway "intends to progress cautiously".

PEAK RAIL: Waterproofs at the ready, we captured one of the line's industrial tank locomotives coming off the engine stabling road to take the first service of the day. Peak Rail's long term objective is to return steam running to the 20 miles between Darley Dale and Buxton.

GREAT CENTRAL EASTER GALA: On Bank Holiday Monday we returned to the Great Central for the line's Easter Gala. The steady procession of big locomotives provided a fascinating snapshot of the development of British locomotives in the 20th century.

EAST SOMERSET: The East Somerset Railway has been attracting large numbers of enthusiasts over recent months, and Easter Sunday was no exception. For their 21st Anniversary Gala 'Green Knight' and 'Black Prince' worked gently to Cranmore. Current residents at Cranmore include the NRM’s J52, the Great Western's Auto-tank No. 1450, the unique E1 and 'Nunney Castle'.

VIEWER'S VIDEO: Our thanks to Mr. John Sansom for his interesting footage which has produced a montage of British Railway liveries.

DIESEL PRESERVATION: We look back some five years to a diesel event.

CAB RIDE HIGHLIGHTS: HULL TO SCARBOROUGH: We board a 144 along this coastal line complete with semaphores and level crossing gates. 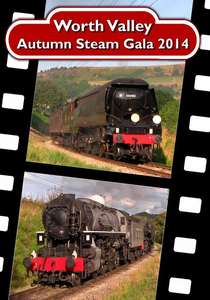