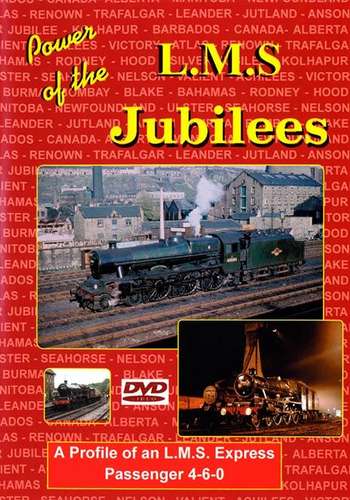 The life and times of the 'Jubilees' right from their introduction in the 1930s through to the last years of steam on BR.

Design and development: The history behind the class - their introduction and subsequent modifications.

The building programme: A look at each build of the class and introduction into service.

The 'Jubilees' in service: The class at work on the Midland and West Coast Main Lines over Shap - on the Settle & Carlisle - and on inter-regional trains to Bristol.

The 'Jubilees' are featured on a variety of both passenger and freight.

The final year - 1967: Eight of the survivors hard at work in the dying days of steam on BR, including: