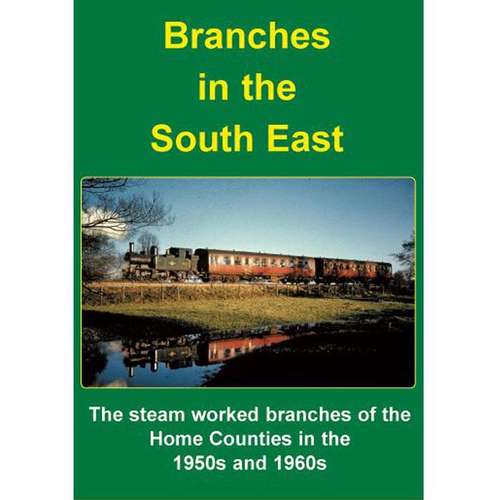 The steam worked branches of the South East recreated using archive film from the 1950s & 1960s.

The Chesham Branch and a journey along the line behind a 4-4-2 C13.

The Epping to Ongar Line before the electrification of the line in 1957.

The North Woolwich to Stratford Branch with N7s and L1s during the last years of steam.

The Allhallows Branch and a journey along this remarkable by-way from Gravesend behind an H Class 0-4-2 during the last years of operation in 1961.

Newport Pagnell to Wolverton  with film from 1959.

The Westerham Branch in the last weeks of operation with motive power in the form of a D1 and H Class.

Across Britain By Steam Volume 2