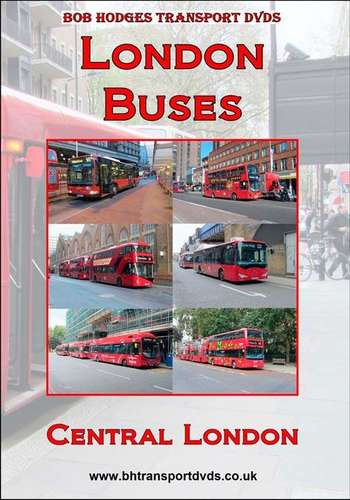 This DVD, filmed mainly in late 2015 and 2016 features buses operating in Central London.

Many different types can be seen on over 100 bus routes in Central London, areas covered include Victoria, Kensington, the West End, Westminster, Holborn, the City of London and South of the river, Waterloo, Vauxhall, London Bridge and Tower Bridge.

Includes video of the latest electric buses, hybrids including New Routemasters, many in all over advertising liveries, hydrogren fuel cell buses and vintage bus operation on routes 159 and 507.

No commentary, subtitles, enjoy the sights and sounds of buses in Central London.