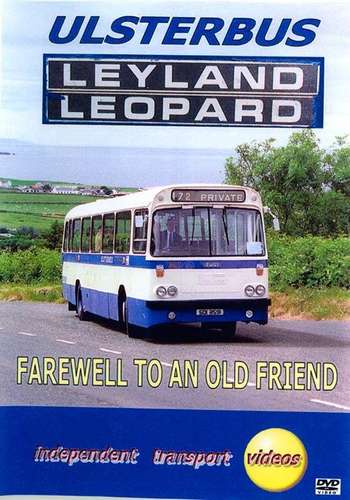 The Leyland Leopard first entered service in Northern Ireland in July 1965 when the Ulster Transport Authority, predecessor of Ulsterbus, placed four 36-foot examples in service on express work. Two similar, but shorter 33-foot examples, followed in 1966. Also in 1966, 15 L1 type Leopards, previously used on the Glasgow to London service, came from Western Scottish. Five Plaxton Panorama-bodied coaches came in 1967, as did seven Potter-bodied Leopards, built to Alexander’s ‘Y’ type design. Potter’s built another five vehicles in 1968, although these were to their own design, which later became the Ulsterbus standard. When Alexander’s took over Potter’s this body style became known as the ‘X’ type. In total, almost 800 Leopards were operated by Ulsterbus and not only did the type disappear from Translink public service on 30th June but so, too, did the ‘X’ type body.

The Irish Transport Trust, with the co-operation of Translink, planned a final running day for Saturday 24th June 2006 and independent transport videos were on hand to record the finale.

We start our journey at Belfast International Airport on board the last Leopard to be delivered to Ulsterbus, 339 (BXI 339). From there we travel to Antrim to meet with still in service 179 (VOI 179), travelling on it to Ballymena. Departing Ballymena for Ballymoney with four Leopards – 1591, 179, 280 and 339 – our camera travels on 339 via Martinstown, Cloughmills and Killagan. At Ballymoney we see the arrival and departure of specially-rostered Ulsterbus 260 on the 178 service to Coleraine before continuing direct to that town on 1591 to film 260's arrival.

During a press call at Coleraine, Ulsterbus 271 was posed alongside newly delivered Scania L94UB/Wrights 818 and Jonathan Miller, Translink District Manager, formally handed over 339 to Will Hughes, Chairman of the Irish Transport Trust, for preservation.

We then travel on the service bus, Leopard 271 to Portballintrae via Bushmills and back to Coleraine. Special tickets were issued on the day to mark the end of Leopard operation, 1965–2006.

We then jump on 179 again for a run to Portrush, parking up in the coach park. Leaving Portrush with 339, 280, 179 and on board 1591 we head along the coast road via Dunluce Castle to Ballintoy with some spectacular scenery. From Ballintoy we call briefly at the Portaneevy viewpoint then via Ballycastle to Cushendun. Here we witness the arrival and departure of a third specially-rostered Leopard, 227 on its way to Ballymena.  We then travel back to Ballymena on some spectacular, but bumpy, roads on board 1591.

Our final views of the Ulsterbus Leopard is that of them leaving Ballymena bus station, and 280 leaving the Airport car park. There is a superb Photo Gallery of Leopards in service over the years from the cameras of Paul Savage and Raymond Bell, to compliment this programme. This video is a must for your collection and completes our Ulsterbus Leyland Leopard Trilogy. 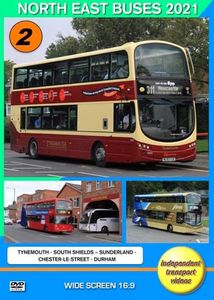