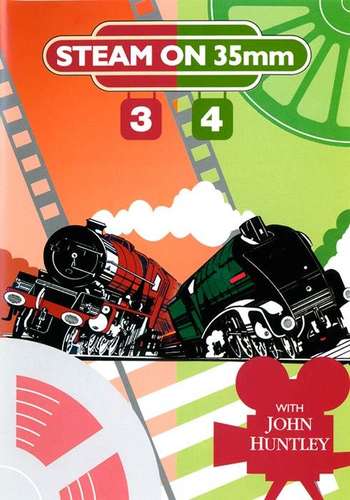 The final two episodes of John Huntley's definitive series, now on one DVD, depict the golden age of steam on Britain's railways.

Taken from the very highest quality 35mm cinema film shot between 1935 and the very last day of main line steam on the Southern in 1967.

Volume Three's highlights include out-takes from classic feature films such as Brief Encounter (LMS) and The 39 Steps. The first version of the latter (filmed in black and white) shows LNER arrivals and departures from Edinburgh Waverley in 1935. The second (in colour) also features action at Waverley as well as on the Forth Bridge in 1958. There is even a guard's eye view of a departure from Waverley (also in colour, from 1958).

Volume Four features single shots as well as entire sequences from the GWR, LMS, LNER and Southern. There is a delightful series of run-bys on the GWR at Heyford in Oxfordshire, Paddington in the 1930s, departures from St Pancras in 1938 (many including assistance in the rear) LNER arrivals at Leicester Central in the 1940s and Southern action at both Victoria and Waterloo. There are 110 clips in volume four alone!