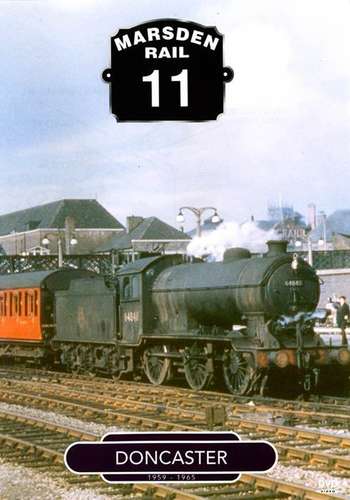 If you liked Pacifics, then Doncaster was the place to be!
In addition to A1s, A2s, A3s and the legendary A4s, Britannias, Bulleid Pacifics and even an ex-LMS Coronation make an appearance.

Doncaster's locomotive works - The Plant - and the nearby shed are visited with a wide variety of classes shown including B1s, K1s, J50s, N2s, O1s, O4s, V2s, WDs, BR Standards and early diesels.

Together with lineside footage at Rossington, Hatfield and Retford this programme is a fascinating reminder of East Coast operations in the 1960s.