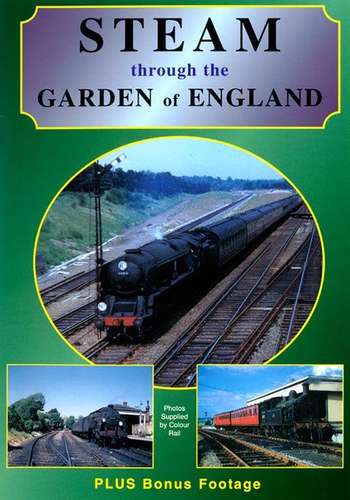 An exploration of steam operations on the main and secondary lines to Kent and the Sussex Coast in the 1950s and 1960s.

A Final Run: Including the last 'Atlantic' in service with 32424 'Beachy Head' on the historic RCTS special of 1958 on the main line.

The Westerham Branch: 'H' Class motive power on this delightful branch in the shadow of the North Downs.

Tonbridge and its Main Lines: L1s, Bulleid Pacifics, 'Schools' and 'H' Class push-pulls on a variety of traffic including the 'Golden Arrow' around this busy junction. Features the classic climb to Hildenborough.

To The Sussex Coast: Steam activity on the branches via Oxted and Steyning to Brighton.

A Southern Branch Junction - Paddock Wood: Terriers on the Kent and East Sussex Railway just before closure, plus Ashford Works and Station in 1959 and 1960.