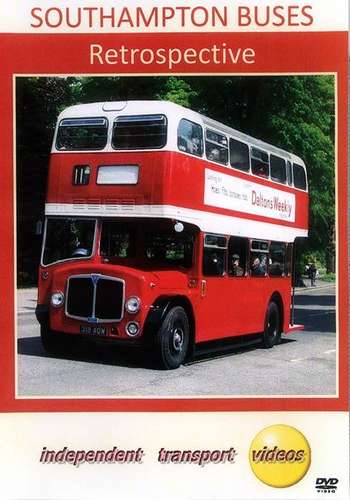 This visit to Southampton is for a retrospective look at the buses in this south coast city.

Our programme opens in 1975 with some cine footage from the camera of Bob Gray. Bob managed to capture the AEC Regents in service running alongside the smart fleet of Leyland Atlanteans that went on to serve Southampton up to 2005. These can be seen on our programme 'The Last Southampton Atlantean'. Staying with Bob's archive we can then view footage filmed on video in 1987, which features the new name of Citybus, introduced after Deregulation in 1986. Here the Atlantean is king, some now painted in a reversed livery. We continue onto 1992, where Bob has captured yet more Atlanteans, which are now painted in the overall red Southampton Citybus livery. All this is but a distant memory, but is it..?

On Sunday 30th May 2010, Phil Blair of PB Bus Marketing Specialists organised a running day to mark the imminent closure of Portswood bus depot, which was home to Southampton City Transport, and has been associated with public transport since the late 1800s. A series of routes were run by former Southampton City Transport vehicles, with a Hants & Dorset route thrown in for good measure, through Portswood to the city centre and other areas of the city. Our cameras were on hand to capture the day for your enjoyment. There is plenty of action, with location filming in Portswood and in the city centre.

So lets go back in time and enjoy Southampton Buses Retrospective!