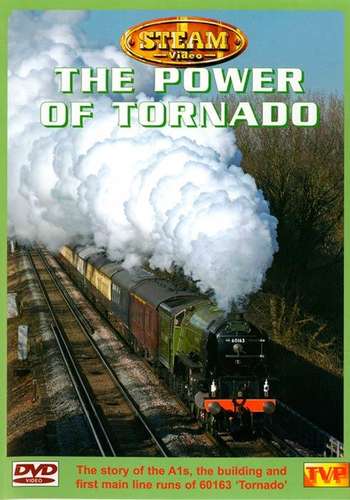 A New Pacific for a New Era: The introduction of the A1s

A history of the Peppercorn A1s from their introduction to the last days in service in the 1960s with archive film from the days of working steam.

The Start of an Era

The preservation era and first moves towards the building of a new A1.

The Return to Steam

The search for drawings, the laying down of the new frames, and first fabrication work on the new locomotive, and the first steamings at Darlington.

This culminates in the first public trains on the Great Central Railway.

Testing on the Main Line

Operations from its base at the National Railway Museum.

'The Peppercorn Pioneers' from York to Newcastle and from Doncaster to Durham on the 31st of January and 1st of February 2009.

'The Talisman' of the 7th of February from Darlington to Kings Cross.

The first runs on the Southern on the 14th of February from Waterloo and Victoria.

Prince Charles naming 'Tornado' at York on the 19th of February and the Royal Train on the main line.