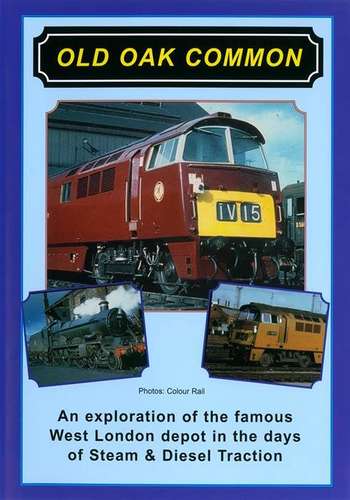 A special release on DVD marking the closure of the famous diesel depot in West London featuring both steam and diesel traction.

Old Oak Common was opened in 1906. The locomotive side comprised a four turntable roundhouse, a 12 road shed plus a coaling stage. In the 1930s the depot's facilities were further improved.

With the decline of steam the depot was changed to facilitate the diesel age. This culminated in the demolition of the roundhouse and construction of the servicing shed.

This programme explores Old Oak Common in the age of steam and diesel traction. Archive film is included from the 1930s and the era of Western Region steam. In addition the depot is explored in the 1970s and 1990s.

Everything from the GWR 'Kings' to the depot's fleet of diesel hydraulics are shown.

In addition we go behind the scenes to show the depot's workshops on a number of tasks and take a look at some of their special repaints.

The final part of the DVD features the depot's open day in 1991 when steam returned to the famous turntable.