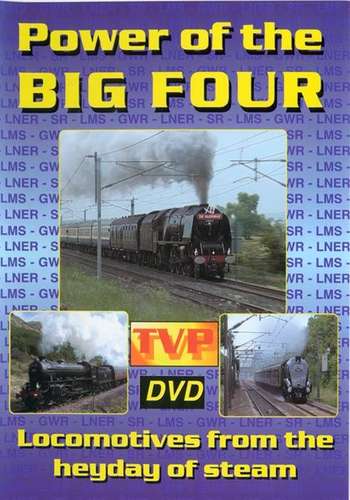 A journey through the archives past and present with the emphasis on the heyday of steam power when the designs of the 'Big Four' dominated.

Plus a special bonus feature: The 'Big Four' in preservation.

The programme comprises film from the main line steam scene in recent months together with archive film from the 1960s from the Southern, Western and Scottish regions.

Bulleids Pacifics including the last years of steam on the Southern

Archive film from the 1960s including Panniers and Halls

Heavy freight designs with the Churchward 2-8-0s and the 8fs.

Introduced from the National Railway Museum by Graham Aldous.

Plus a special bonus feature - The 'Big Four' in preservation:

A variety of main line performers around the network in the days of British Railways.