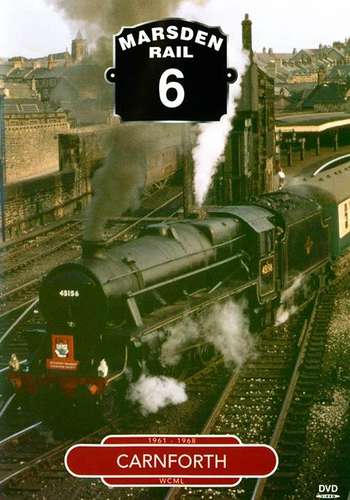 The WCML junction at Carnforth, to the North of Lancaster, handled over 150 passenger, parcels and empty stock workings plus 80 freight workings in a normal day in the 1960s and freights were routed into the extensive loops to allow faster trains to overtake.

This programme shows the continuous freight activity that occurred in the miles of sidings, plus express passenger and fully braked goods trains passing through Carnforth.

The WCML from Preston to Carnforth in the early 1960s is also featured, in addition to local services from Barrow and Windermere plus scenes at Morecambe, Heysham and Wennington.