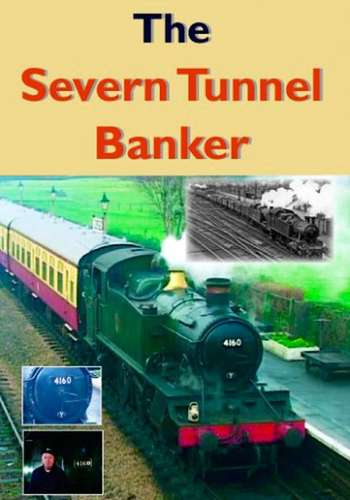 The story of the banking operation under the River Severn.

The railway tunnel under the River Severn that links Wales with England was built in a courageous way from the mid-1870s and finally opened in 1886.

The very nature of its construction under the turbulent waters of the Bristol Channel provided the builders with great challenges as they engineered their way two and a half miles and hundreds of feet under the torrent above.

This programme looks briefly at the construction of the tunnel and the efforts to keep local underground fresh water springs from flooding the railway.

Indeed the spring water still to this day flows millions of gallons which has to be pumped out by the Sudbrook pumping station on the Monmouthshire side.

The main archive film produced by members of the BAC Railway Society Film Unit shows an every-day operation to assist heavy trains from Severn Tunnel Junction through the tunnel over to the Gloucestershire side.

This banking service was crucial to keep traffic flowing along this important stretch of the London to South Wales main line.

We also catch up with two railwaymen who worked on the footplate from Severn Tunnel Junction shed and experienced the techniques required for a safe banking operation.

We follow the life and times of one of the Western Region Prairie tanks, No. 41.60, which was so much a part of the depot at Severn Tunnel Junction working the banking duties.

Fortunately, we have No. 4160 with us today thanks to the scrapyard at Barry.

Sequences of the engine at work on the West Somerset Railway include its final day before overhaul driven by Eric Broom, one of its original firemen at Severn Tunnel Junction.