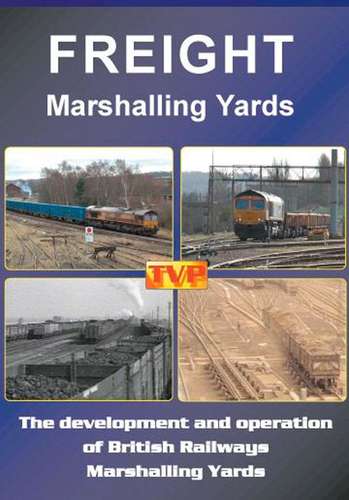 The Development, Operation and Decline of  British Railways Marshalling Yards.

In the post war years British Railways embarked on a major re-organisation of the freight network. A centrepiece was the building of a number of major marshalling yards which would centralise freight and lead to considerable improvements in efficiency and cost savings.  In this programme we look at their history and development in the British Railways era using archive film.

Wagonload Traffic and a brief history of the development of traditional wagon movements.

Carlisle Kingmoor from its opening in the 1960s, through the intervening years to the present day with a wide variety of traffic.

Temple Mills and a look at yard movements and motive power.

Whitemoor Yard in the 1950s plus the motive power depot and approach lines with a variety of traffic and diesel haulage.

Healey Mills and a variety of freight.