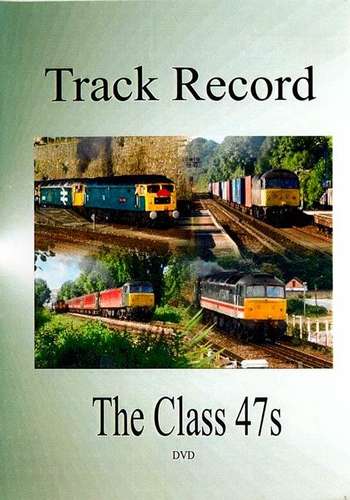 In Track Record the emphasis is on cross-country services leading up to and including the historic scenes at Penzance in August 2002 with the departure of the last scheduled Class 47 hauled service for Virgin Cross Country.

However, this programme has much more, including:

Included are several views of each of the celebrity repaints, some on their first outing. The different liveries included in this programme are almost too numerous to mention.

Not only this, but there is an archive section showing rare footage of the class in the early 1970s. This includes views of Reading, Bristol, Birmingham New Street Crewe, Shrewsbury and other locations.

See Vulcan, Atlas, Colossus and Amazon as they used to be.

Grab yourself a piece of history.