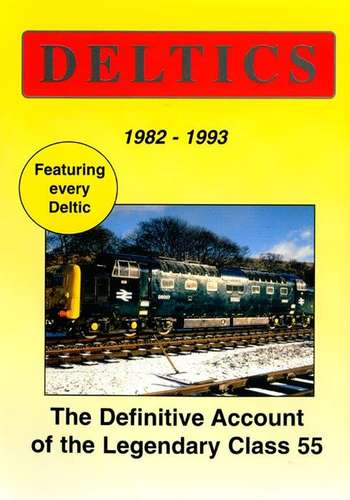 The new chapter of the legendary 'Deltics' following the 2nd January, 1982 and the end of an era. Eventually, and to the surprise of many, no fewer than six 'Deltics' escaped the cutter's torch. This programme charts the 11-year progress of the groups that helped save them and shows how the 'Deltic' legend is kept alive today.

There is also a cab ride on Tulyar, a close look at the heavy restoration of Alycidon at ICI Wilton, pre-start checks on Royal Highland Fusilier, Gordon Highlander & Royal Scots Grey at Old Oak and conversations with the volunteers who keep the locos running.

Plus Bonus Footage looking at the return of 'Deltics' to the East Coast Main Line.