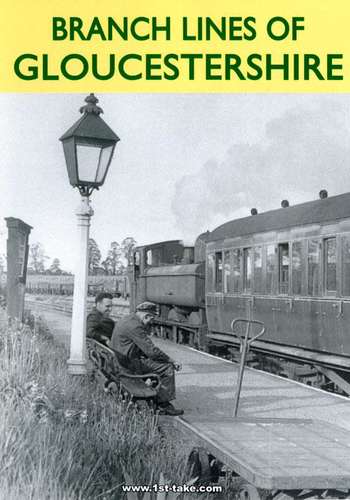 The Beeching cuts prompted a massive reshaping of Britain's railway network in the 1960s, when almost a third of the country's track was closed. Most of the victims were minor routes which linked rural locations; they were axed as they were simply deemed uneconomic. But they remained fondly remembered today and this film is intended as the first in a series which will celebrate the branch lines of England, in association with railway author and historian Colin Maggs MBE.

You will see a wide range of routes, from those initially worked by horses to one which boasted the longest railway bridge in England. These lines provided vital services for the industrial heartland of Bristol, and key places such as Gloucester Docks and Lydney Harbour. They also reached out to towns and villages in the Cotswolds, the Forest of Dean and many other parts of the county.

The story is illustrated by extensive use of rare archive photographs, and is enhanced by informed commentary from Colin Maggs. You will also enjoy fascinating interviews, stunning modern film, excerpts of archive footage and visits to two of the county's preserved lines - the Dean Heritage Railway and Avon Valley Railway - the GWR Museum at Coleford.