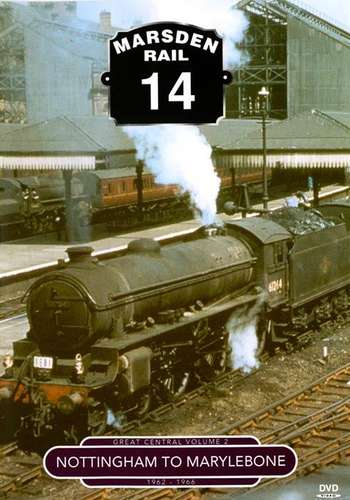 In this second GC video, we look at Staveley GC engine shed and ride on an O4 Class loco and another O4 is filmed shunting the exchange sidings at Heath.

After looking at trains at Wilford Brickyard we join 4472 Flying Scotsman at Nottingham Victoria on 15th June 1963 and travel down the London Extension to Marylebone, pausing to look at passing traffic at Ruddingon, Leicester, Rugby and Woodford Halse.

After looking around Marylebone we commence our journey home behind Flying Scotsman.