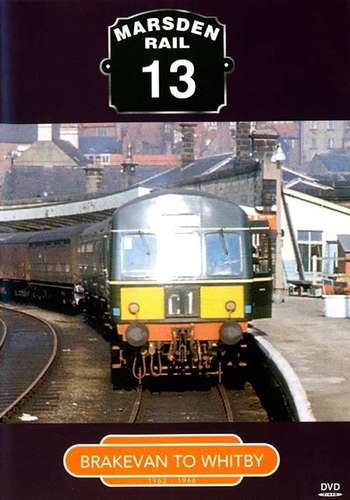 In this DVD, some of North Yorkshire's long lost branch lines are viewed with the main feature being a ride on the daily pickup goods train from Malton to Whitby on a glorious winters day.

We begin by following the last goods train from Malton to Kirkbymoorside and look at the line from Pilmoor to Gilling, plus a B1 Class loco on a special passenger train at Coxwold.

The final part of the DVD features a ride on a DMU from Whitby to Scarborough on the now closed Coast Line.