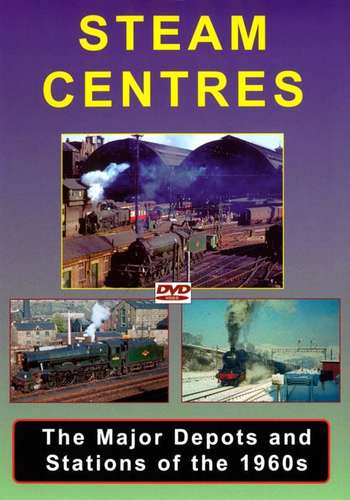 Carlisle - Featuring the Station and Carlisle Kingmoor Shed in the early 1960s and during 1967.

Doncaster - Scenes from the station in 1965.

Kings Cross Station and Top Shed - The station and shed in 1963.

London Steam Sheds - With film from Nine Elms and Old Oak Common, two of the most visited sheds in the Capital.

Swindon Works and Shed - With various views of steam including a visiting ‘King’ on tour.

Stockport Shed in 1968 - Detailed views of steam activity in and around a snow covered Peak Forest in 1967. Plenty of action showing heavy freight with Stanier 8Fs and Black 5s.