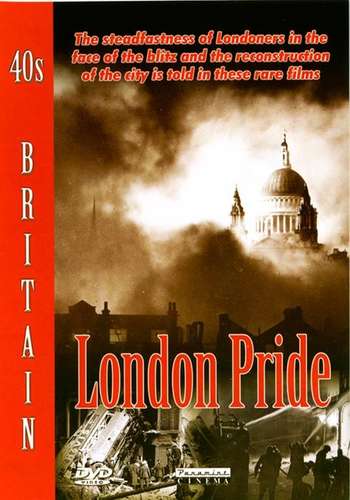 A collection of rarely-seen films showing the effect of the Blitz on London and its people, and the plans for the post-war regeneration of the city.

Directed by Harry Watt and Humphrey Jennings, the rarely seen "London Can Take It" (1940), which explains life during the Blitz, was made by the GPO Film Unit for release in the United States to help President Roosevelt swing US popular opinion behind Britain in the early days of World War II.

It is better known from the version modified for British viewing, "Britain Can Take It", which is included on another DVD in this series, Britain at War: Under Fire.

When the war ended, politicians and planners combined forces to re-build the city, repairing not only the damage caused by the Luftwaffe, but the inadequacies of the existing infrastructure and local community services and amenities.

"London Airport" (1949) is an account of the building of Heathrow airport.

"Moving Millions" (1947) describes post-war changes taking place in London Transport, both on the ground and on the Underground.

Finally, in "Journey By London Bus" (1950), two African students experience the pleasures of travelling on London's Routemaster buses, "which are always on time"!