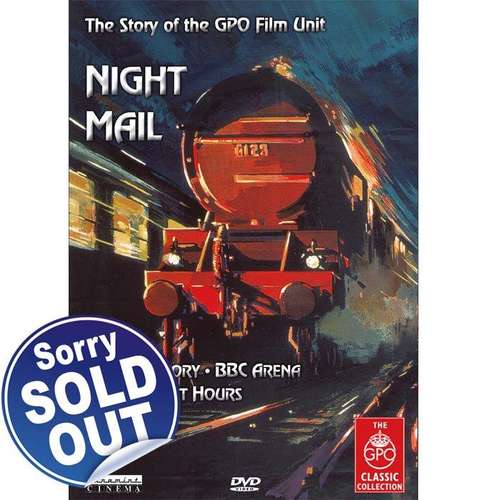 The lasting appeal of Night Mail (1936, b/w), celebrating the Postal Special's run from London to Scotland, is that it has all the attributes of the classic British documentary style established by John Grierson. Its realism and lyrical structure perfectly complemented by the verse of W.H. Auden and the music of Benjamin Britten.

This title includes three films not available on DVD before;

The Midnight Hours (1987, colour). Each phase of the extraordinary operation of collecting and sorting the nation's mail for distribution by road, rail and air is shown in this television documentary. The film's structure updates the classic Night Mail made over half a century earlier.

Post Haste (1988, colour).
A film celebrating 150 years history of the Travelling Post Office which revolutionised the sorting and delivery of mail.

Mail Rail (1987, colour). A programme made to celebrate 60 years of the unique Royal Mail Underground Railway situated some 22 metres below London's busy streets. At its peak, the railway carried over one third of London's mail.