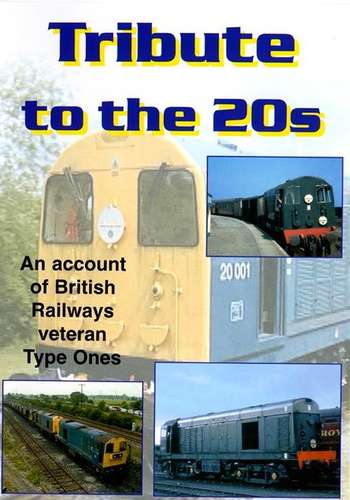 A look at British Railway successful Type One design using film from the 1980s and early 1990s.

The Class 20s in action with film from the 1980s on a variety of freight traffic in the Midlands and East Anglia including MGR and Speedlink duties plus special trains and passenger workings on the North Wales Coast.

The Last Year of BR Operation - film from 1992 and their final duties plus weed-killing duties on the BR network and preserved lines.

Includes passenger trains to Skegness and steel traffic on Humberside.

Class 20s across the Channel - freight operations in France in the 1990s around Autun and Avallon.