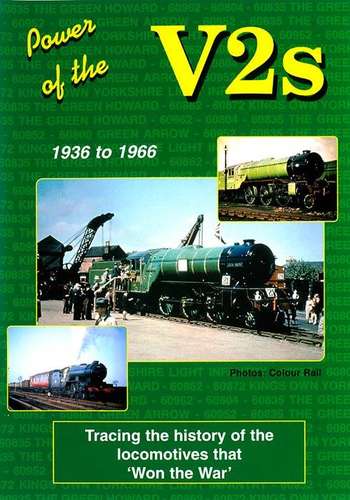 Tracing the history of the locomotives that 'Won the War'. The definitive study of a classic steam design.

Design and Conception: The early history of the V2s and a look at the design features.

The Locomotives: The production batches of the V2s illustrated with archive film.

The V2s in Service: Memories of the class in service and the recollections of those who worked with and watched the class and their exploits.

Great Central V2s: Memories of the class including scenes at Woodford Halse and Aylesbury together with recollections of former shedmaster Richard Hardy.

Waverley Route V2: The class in their last years of operation.

Plus Bonus feature: Green Arrow on the main line, with film on the Southern, over Shap and on the Settle & Carlisle.