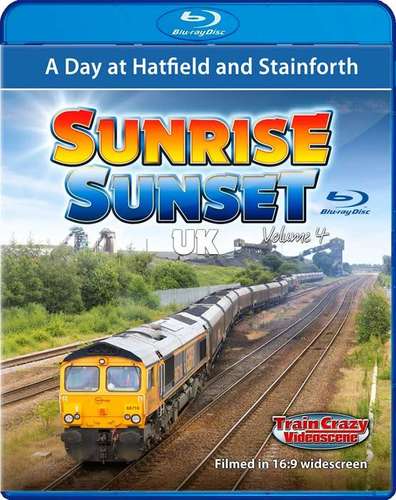 Sunrise Sunset UK spends a full day at a busy and popular location, recording a typical day of passenger and freight trains.

Situated in South Yorkshire, seven miles east of Doncaster, Hatfield and Stainforth is not exactly the best known location for railway activity but is situated on a fascinating section of four-track railway, with major junctions east and west.

Sixteen miles west of Scunthorpe, the station has a constant flow of coal, steel, oil and sand trains, serving the industrial areas of Immingham, Lindsey and Goole.

Filmed on 25th June 2014, in total 24 different freight trains are featured, hauled by class 60s and 66s from DBS, Freightliner and GBRf. As well as this a mixture of Northern and TPE DMUs pass by and the best bit of all, during the day, two trainloads of coal arrive and depart from the recently reopened Hatfield Colliery with various shunting and run round moves. 37425 and ‘Caroline’ also pass!

Includes maps and an informative and interesting commentary. Filmed in 16:9 widescreen.

Our guarantee to you: This programme contains: No rain, no camera shutter noise, no vehicle noise on bridges, no wind in the microphone, no wobbly shots and no voices in the background as trains pass – guaranteed! If you think this DVD is just some bloke on a station filming train after train passing by on one of those cheap camcorders without a tripod and doing a ‘live’ narration then think again! This is professionally filmed, with selective editing and a researched script. If you’re not happy with the programme, we offer a full money back guarantee. 100% quality assured! 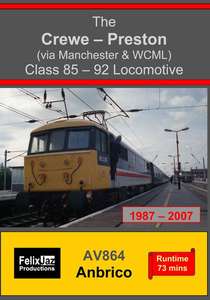