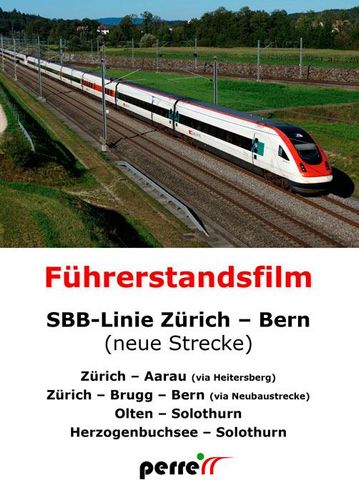 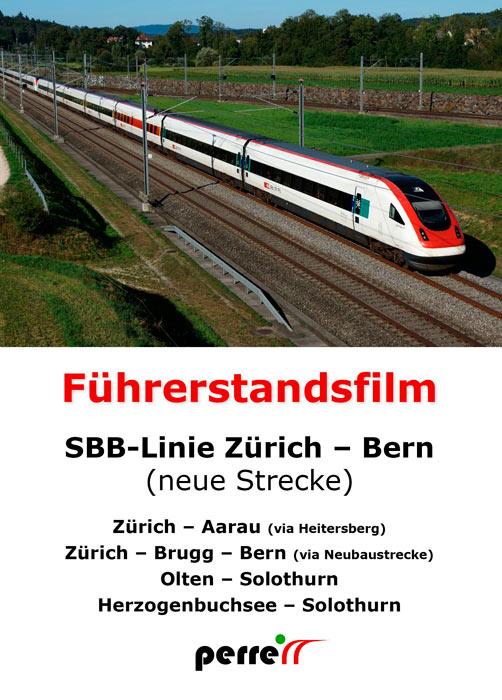 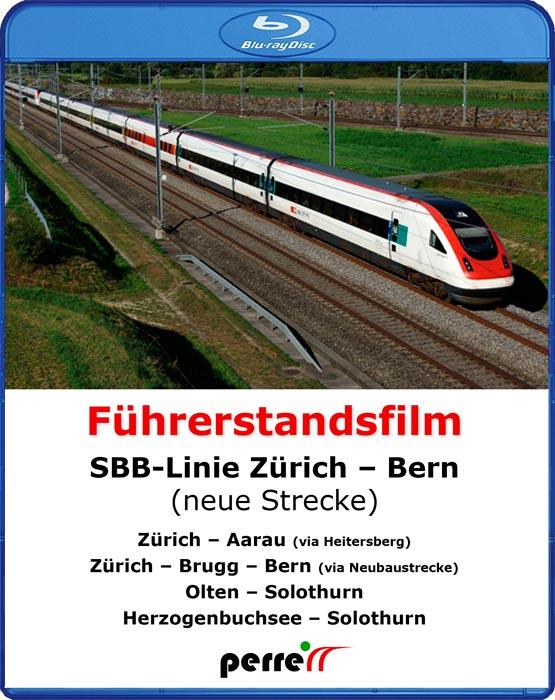 As a counterpart to the disc "SBB line Bern - Zurich (old route)" we drive in the driver's cab from Zurich to Bern on the new line (NBS). Opened in 2004, this NBS shortens the travel time of intercity trains between these two cities to under an hour and relieves the main line between Olten and Bern. A new branch, built on the former Herzogenbuchsee – Solothurn line, leads directly to Solothurn (upgraded line). As a bonus film, the old line from Herzogenbuchsee to Solothurn can be seen, a recording from 1990.