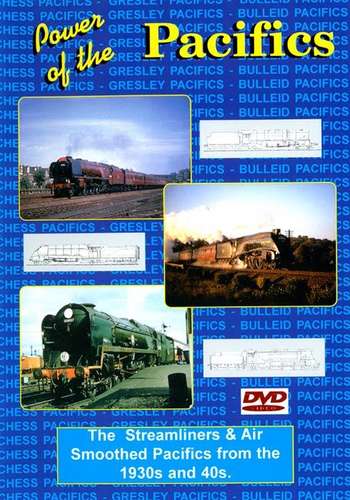 The streamliners and air smoothed Pacifics from the 1930s and 1940s.

Gresley A4 Pacifics: The history of these legendary locomotives starting in the 1930s, continuing through the 1940s and the British Railways era, and finishing in the preservation era. Includes archive from the 1950s.

Duchess Pacifics: Staniers powerful 'Duchess' Pacifics from the 1930s through to the era of British Railways and into preservation.

Bulleid Pacifics: A profile of these distinctive 4-6-2s developed in the 1940s.

Includes the original air-smoothed 'Merchant Navies', the rebuilt examples as well as the 'Battle of Britain' and 'West Country' variants.