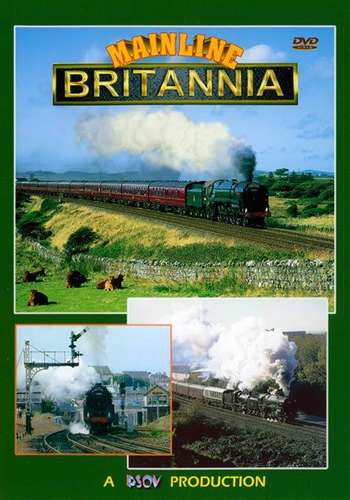 This DVD contains the finest collection of main line action ever taken of BR Standard 4-6-0 70000 Britannia during its second period of main line running in the early 1990s. 100% action. No commentary.

July 25th 1991 - Test Train (including dismantling the motion at Shrewsbury)