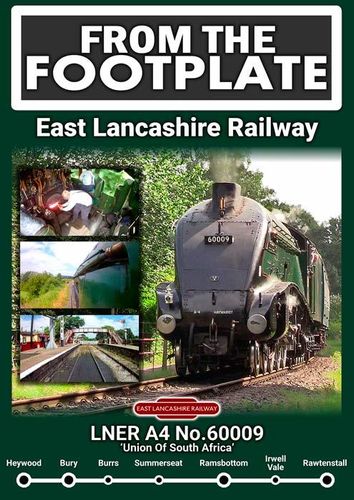 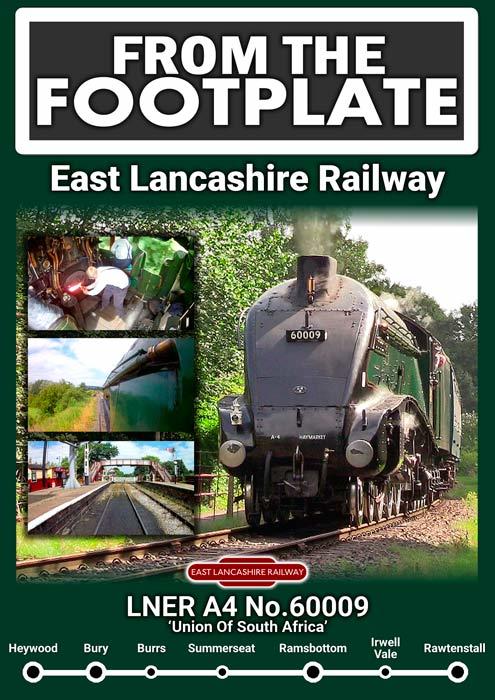 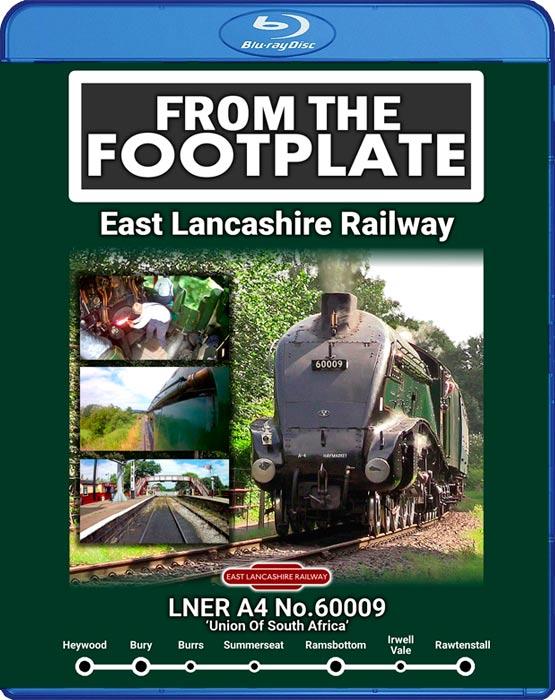 Join the crew of LNER A4 No.60009 'Union Of South Africa' and travel from Heywood to Rawtenstall, filmed on what could have been one of the final opportunities to see the locomotive in steam. Using new technology and filmed in 4K, you're able to witness 'Union Of South Africa' working hard through the Irwell Valley from a whole new perspective.

Whilst watching the DVD, you're able to follow No.60009 from a series of different angles, including onboard the footplate, both the driver and fireman's cab side views, the front lamp bracket and from the motion gear (a total of 9 camera views are included). Footplate filming took place on the 25th July 2021.

Footage is also included from the lineside showcasing No.60009 at several different viewpoints along the East Lancashire Railway.

Option 1: Sit back and watch the action from the footplate, as you travel from Heywood to Rawtenstall from multiple camera angles, including the lineside. This option includes short titles informing you of key locations and the gradient profile along the route.

Option 2: This option allows you to travel from Heywood to Rawtenstall, like option 1, but without the lineside action and no titles.

LNER A4 No. 60009 'Union of South Africa' was built at Doncaster Works in 1937, a total of 35 of the class were built with just 6 surviving into preservation. 'Union of South Africa' was first allocated to Haymarket shed in Edinburgh, in May 1962, it had its only shed transfer to Aberdeen. No.9 was withdrawn from traffic in June 1966 and then purchased by current owner, John Cameron. During it’s working life No.60009 gained the highest mileage of all the A4 class locomotives, ran the fastest non-stop run from London-Edinburgh and became the last steam locomotive to be overhauled at Doncaster Works.

'Union Of South Africa' has worked throughout her preservation life, both on the mainline and at heritage railways across the UK. No.60009 hauled its final mainline trip in March 2020, when it hauled 'The Yorkshireman' from Ealing Broadway to York via the Midland Main Line. The locomotive was then moved to the East Lancashire Railway, where it will run for the remainder of its current boiler certificate, before being retired to a museum in April 2022.