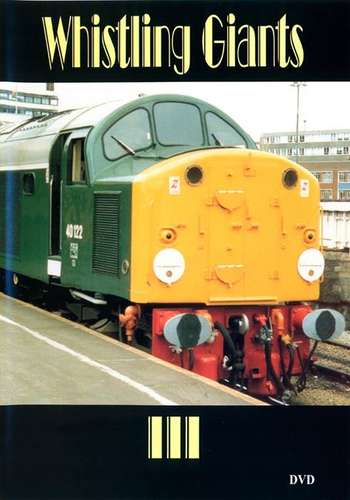 This is the third in a series of programmes dedicated to the English Electric type 4 locomotives introduced by British Railways in 1958.

The programme encompasses the years from 1958 to 2005 and features scenes ranging from the early prototypes right through to the re-emergence of examples now in preservtion and even making a return to the main line.

Featuring rare cine material from the 1950s, 1960s, 1970s and VHS or digital footage from more recent years, this film brings back a sight and sound fond in memories of many enthusiasts.

There are too many highlights to list them in full, but they include historic clips of the Derby, Ashford and Brighton prototypes in action with scenes featuring 10001,10202 and 10203.

We see brand new EE type 4s at Stratford depot in 1958, and D200 speeding through the station on an express.

We also include another of the popular chapters on railtours and preserved examples before bringing us right up to date with marvellous views of D345Ã?¢??s famous return to the main line.

This is an extended programme featuring almost a quarter of the whole class.

All scenes are in full colour.